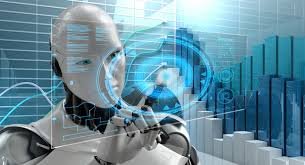 The most common type of artificial intelligence is reactive machines. These machines are programmed in such a way that these machines can easily react to existing situations. One of the most important examples of reactive machines is Deep Blue. It is a chess-playing supercomputer that was created by IBM. The main aim of this machine is to play chess against a human being. This machine has the ability to compete with the human being. The programming of this machine is done in such a way that it can easily identify the board of a chess board and after identifying the chess board, it has also the ability to understand the functions of the chess board.

Reactive machines are able to react to the existing situations whereas limited memory is such a machine which can derive the knowledge from the previously learned information. One of the most important existing examples of limited memory is autonomous vehicles. These autonomous vehicles are capable of running by using a combination of observational and pre-programmed knowledge. In order to drive carefully, automobile cars detect necessary patterns of the external factors. For the purpose of safety, these vehicles also detect the movement of the other vehicles.

We can also see lots of applications of artificial intelligence in e-commerce. In order to increase the sales of our products, we are using AI in the form of product recommendations. We are also getting the predictions about the purchase of different products with the help of AI. AI is also helpful for us to predict fraud in our field. We are paying salaries and other expenditures of our organizations with the help of online transactions. After learning from the effectiveness of different machines, it is also possible for us to optimize the dynamic prices of different products.

In order to advertise a business for the purpose of increasing the sales of the products, all the companies are getting help from marketing. In marketing, we can also see lots of examples of artificial intelligence. For the purpose of marketing, it is necessary for us to recognize different patterns and images. We are recognizing these patterns and images with the help of the applications of AI. To show ads is one of the most famous forms of marketing. We are showing ads by getting help from the AI. We are also getting data for the real-time bidding of the ads with the help of AI. While doing marketing for a particular company, it is necessary for us to analyze the data. This data analysis is also possible for us with the help of artificial intelligence.

No doubt, we are seeing some self-driving cars around us but these cars still require drivers for their safety. Instead of these kinds of developments in the field of technology, there are still required some developments before accepting this technology in the public. First of all, self-driving cars were introduced by Google in 2012 but nowadays, we are closer to make automated busses and trains.

There are some dangerous jobs like bomb defusing and there is a risk of life in these jobs. That’s why most of the people don’t want to adopt these kinds of jobs. In the future, there is a possibility that such robots will be prepared which will be able to perform these difficult jobs for human beings. There is also a possibility that some other jobs like welding will be assigned to the robots.

Nowadays, robots are emotionless and these robots don’t have enough abilities to interact with you. In the future, it is expected that such robots will be prepared who will be the real companions of human beings. For this reason, a Japanese company has prepared such a companion robot and this robot is programmed in such a way that it can easily understand the emotions of human beings. This robot was sold in 2014 with all of its 100 components.

Late in life, almost all the people have to depend on others. For this reason, either they acquire outside help or they get help from their friends and other family members. In the future, it is also expected that such robots will be prepared which have the abilities to take care of the elders. These ‘Home’ robots will also be helpful for human beings because these robots also have the abilities to perform everyday tasks.

As we know that in order to prepare a robot, we have to mix the complicated programs of computer science, mathematics and other sciences. Due to this complicated programming of these robots, it is possible for them to perform some difficult tasks. Some advantages of artificial intelligence are given below;

The artificial intelligence has also become an essential application in our daily life routine. For example, a Smartphone is considered as the fourth essential need for the human being along with dress, food and shelter.

In order to interact with their customers, most of the highly advanced organizations are using these machines. That’s why these highly organized machines don’t require lots of human resources.

The nature of repetitive jobs is very tedious for human beings. In order to perform these jobs, lots of organizations are using AI because there require simple programming to prepare such kinds of machines.

We can also see lots of examples of the AI in the field of medicine because, with the help of AI, it is also possible for the doctors and other physicians to gather and intimate the data of the patients.