A Complete Guide to Writing a Hypothesis 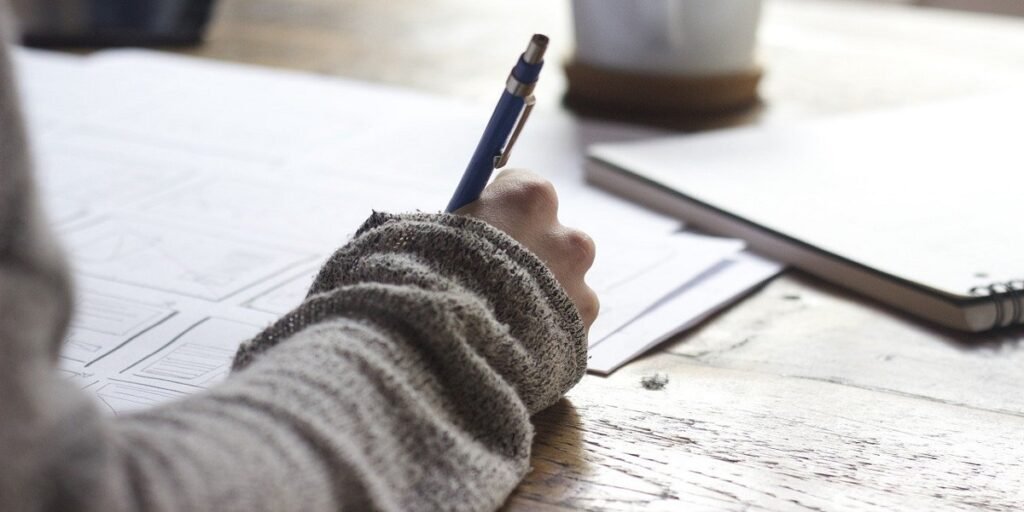 In other words, the purpose of a hypothesis is to link variables in different ways. In hypothesis statements, there are equal chances of both rejection and acceptance. Hence, we can say that the hypothesis is an initial idea of research. The following section will give a few definitions of the hypothesis and a guide to writing one.

Different definitions of the hypothesis suggest different points about it. Other sets of definitions explain that.

‘The hypothesis is a point of origin for a research.’

‘The hypothesis is a method to translate research objectives into the recommendations.’

‘A hypothesis is an idea to interpret different aspects behind a phenomenon.’

‘Hypothesis is a way to show significant relationships among the study’s variables.’

Also, Read This: A Complete Guide to Writing an Economics Essay

Features of a Hypothesis:

How to Write a Hypothesis?

Starting By Making A Question:

Moreover, it increases the readability score of your statement. Hence, an easy-to-read and precise hypothesis clarifies the investigation means to another researcher. A vital searching skill is also crucial for reliable research.

The exclusion of weak sentences is the fourth step of the hypothesis writing guide. In this step, you will delete confusing words from the rough statement. This is a perfect time to refine this rough statement as well. You can refine your rough statement by considering the following points.

Add A Null Hypothesis In Your Final Draft:

If research includes statistical models, forming the ‘Null hypothesis’ is necessary. The null hypothesis is valid when there is no connection between the two variables. Yet after rejecting the Null hypothesis, you need to make an alternative hypothesis to complement it.

Also Read This: 5 Most Used HRM Concepts and Models

In academic writing, there are different types of hypotheses. So, before writing a hypothesis, the writer should be aware of its different types. These are highlighted as follows;

This is the simplest form of a hypothesis. This hypothesis has to show the connection between independent and dependent variables.

The complex hypothesis introduces many independent and dependent variables within a single statement. It is a way to show the relationship between many factors. Understanding this concept will become more accessible by considering the following example.

If a person takes too much Alcohol, Nicotine, and Caffeine, it will affect proper functioning of the lungs, heart, and kidney.

However, it is a non-directional hypothesis. This can be said if it does not have any theoretical evidence.

The patients who take too much Caffeine and Nicotine have more chance of lung disease than those who drink only alcohol.

If this statement has medical evidence, then it is a directional hypothesis.

An associated hypothesis is another hypothesis that can tell the relation between two variables. Such a hypothesis aims to show how changing one variable will also change the other one.

The act of applying stress after Hook’s Limit will change the shape of the elastic material.

This statement states the relationship between the two variables. You can tell your reader that strain production is proportional to the strain produced in a body through this. Hence, it is an associated hypothesis.

Hopefully, the explanation of different hypothesis types will help you select an appropriate one. Then, after knowing the requirements of each type, you will not become confused in producing your hypothesis. The following section will further highlight some tips to help form your hypothesis.

Pro-Tips to Write a Hypothesis:

The sections above provided details on essential components and the types of hypotheses. This section will give you a few tips for developing a compelling hypothesis:

In research, a hypothesis represents the relation between two factors. In daily life, the hypothesis compares two experiences. For example, you have three movies to watch at night. But you don’t have the time to see all of them. You can only select one out of the three. And you don’t even know which one you will like more. In this situation, based on different factors, you will select anyone. Film teasers, publicity, or the movie’s cast are independent factors. Your choice of movie is the dependent variable here. The relation between both factors will act as a hypothesis. Thus, this hypothesis will later affect your outcomes. This is about the selection of movies. Through this example, it can be said that hypothesis is an essential part of our daily lives.

If you have a hypothesis to write and you don’t have any idea about it, you can hire most expert writers from our firm. You can place order with us by visiting this URL https://www.cheap-essay-writing.co.uk/order-now/.